A Look at Recorded By Arizal with creator Yssa Badiola 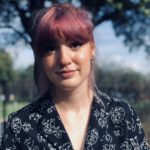 Recorded by Arizal is Rooster Teeth’s newest series about a teenager’s personal vlogs that follow her journey of self-discovery. Arizal is a smart and inquisitive girl on the brink of adulthood and in pursuit of her dream career – to become a Record Keeper. Arizal’s self-recorded chats surround the question: Is becoming a Record Keeper everything she hopes it will be? Recorded By Arizal is a prelude to the story by creator and Rooster Teeth animator, Patrica ‘Yssa’ Badiola. We sat down with Yssa to get an inside look at the behind the scenes and making of her show.

When did you first envision Recorded by Arizal and how much has the show changed from the first concept now that it is finally here?

I first thought of the show back in 2017. It’s been a while, but at the same time, it feels like not much has changed about it because I had a very strong vision of its tone and format. Arguably the biggest change was the name, but a lot of the details were more clouds of ideas and themes that eventually got ironed out the more I worked in a room with others.

What was your favorite part about creating this series?

My favorite part MOST DEFINITELY is working with other people. I kind of work under this mental truth that I can’t always go at it alone, no matter how much I instinctively want to, so I feel like so many of my favorite moments was that magic excitement when someone presented a solution to a problem. I think the people I work with are so smart and engaging.

The prelude is truly a teaser for an eager audience and makes us want to see Arizal go on an epic journey. How big of a role do you think the prologue plays in introducing the story?

One of the perceived hurdles I would come across for RBA was trying to convince someone to try something new. The animated vlog format has, truthfully, been around for a while (look at Cypherden or JaidenAnimations), and vlog serials have existed successfully for a long time (Pemberly Digital, Carmilla, heck even Barbie did it). But the people I had to talk to were not necessarily the people who chose to watch these shows!

What my hope is for the prelude is to let audiences enter that headspace of telling a story in this format and to embrace it.

There are a lot of historical, archeological, and biblical references as well as ‘hidden’ meanings behind a lot of the names in the prelude. The name Maktaba, for example, translates to ‘library’ or ‘institution that holds books.’ Are there any deeper meanings behind the main character, Arizal’s name?

Hahaha, this question makes me think about how much time I scoured the internet for some name with meaning and I just decided to put the letter “a” in front of a Filipino historical hero’s name.

For real though, I thought a lot about how and why people were named, how they are often named after beloved family members or words they want to become. There are so many different words in our language whose etymology traces back through so many different types of cultures and evolves as time moves on – isn’t that amazing?

So legitimately, Arizal is derived from a prominent Filipino historical figure’s name, Jose Rizal, who was a polymath and advocated for Philippine Independence. (Also learned recently that there is another historical Arizal, Isaac ben Solomon Luria, who was a record keeper by his own right, of Jewish mysticism. How wild is that?!!!)

In the prelude, Arizal mentions that she lives with her ‘Tita’ and ‘Tito,’ which are Filipino terms for aunt and uncle. These touches show how you integrated a big part of yourself into Recorded by Arizal. How excited were you to be able to incorporate Filipino culture and onscreen representation into your personal animated series?

I’m both excited and extremely terrified. I’m afraid of being called out as not Filipino enough sometimes. I go through the general throes of diaspora, I feel I am more American than I am Filipino, but I am still so different in this country compared to everyone else. It feels like I have to do much more legwork to try and stake my claim on my Filipino side, to learn/re-learn about a country that is both foreign and familiar.

But that doesn’t negate my excitement either. I had a conversation with Josh Kazemi that started with, “Oh, we kept ‘ate’ in.” (Pronounced a-teh, it is a term to call your older sister, female cousin, or female peer.) Both Josh and I were like, “huh…we did.” And no one called us out on it. It came so naturally to us – and the people we worked with completely accepted it. I’m so pumped for more moments like those, and for more people to see us on screen.

A lot of animators can name which animated shows played a large role in shaping their childhood memories, which later inspired them to translate their love for animation into creating their own ‘cartoon’ as an adult. Are there any cartoons or animated series that you watched as a child that inspired your love for animation?

Digimon and Powerpuff Girls were my worlds when I was younger. Just completely encased myself in them. When I got more into my teens, it was Avatar: The Last Airbender that really shaped how I viewed animation and the power it had.

Who has been there with you throughout this whole process? Who helped you shape the story or concept behind Recorded by Arizal?

My biggest shout-out goes to Josh Kazemi, who’s been my partner-in-crime for the entire development process.

The other person I can think of immediately is Jordan Cwierz, who was incredibly on board the moment I told him about RBA. He was its first cheerleader and having his backing gave me a lot more confidence in moving forward.

Arizal’s room is filled with rich earth tones, maps and photos of exotic destinations and hanging succulents. Would you be able to give some insight into the room design choices that scream a future record keeper’s paradise?

The problem we gave ourselves was thinking about making a room tell a story of a character who does not always fit into a data-minded, futuristic community, and we had to work backward from there. Would normal future civilians have books and paper, or would they rely on data chips and projections? Would there be plants? Why not?

Arizal herself is someone who really wants to be a record keeper, but has she figured out the real reason why the idea resonates with her? What do all these posters really mean to her? (We know the answer, but you have to watch all four logs to find out!)

What was it like working with Christine Marie Cabanos as Arizal? When you first heard her audition, how did you know she was the one to become your heroine’s voice?

Casting Arizal was actually one of the more nail-biting moments in production for me because it was our number one priority. We couldn’t get this one wrong. Once we had Arizal, everything else would fall into place. We just had to make the right choice.

That pressure informed a lot of my anxieties, even when we chose her, even right before we had our first voice-over session. A lot of “baby’s first show” jitters.

But wow, like, the first moment we heard her go, “Hello! I’m Arizal.” It was magic. I was so relieved – HAHA! I was ready to voice her if we didn’t find anyone, but Christine shouldered all of it with aplomb. She’s so many parts funny and understanding and genuine and a true pro at what she does, I kept going, “Wow you’re so good, Christine” because she is! It’s hard for me to stay calm when I talk about her, she’s amazing.

Any cookies that may not be particularly necessary for the website to function and is used specifically to collect user personal data via analytics, ads, other embedded contents are termed as non-necessary cookies. It is mandatory to procure user consent prior to running these cookies on your website.